IVA Plan > Latest Tips > What Is a Debt Write Off? How To Write Off Your Debts 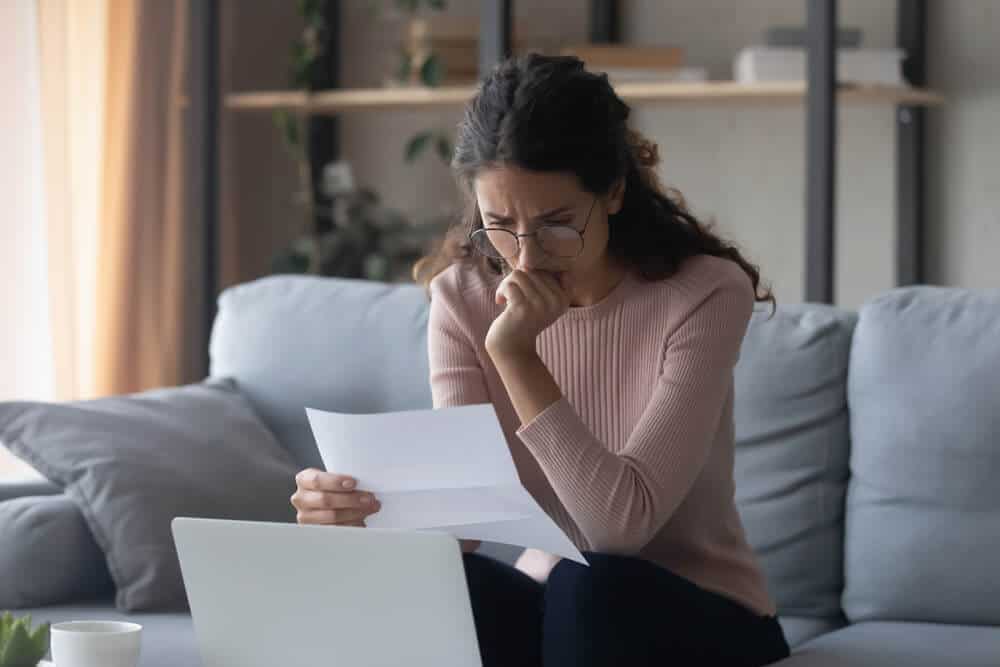 What Is a Debt Write Off? How To Write Off Your Debts

For anybody struggling with debts they can’t afford, the best way to move on from money trouble is to write off debt – a scenario where creditors agree to write off a portion, or in some cases all, of your debt, depending on your particular financial circumstances.

Read on to find out what it means to have debt written off, which debt solutions will allow you to write off debt, and what factors creditors consider before they will agree to write off your debt.

What does it mean to have a debt written off?

Having debts written off means your creditors – the person, party, or company you owe money to – agreeing not to pursue you for payment on part, or all, of your debts.

Creditors’ guidance on debt write offs will vary, and every situation will be considered on its own merits, but creditors will usually only consider writing off debts in exceptional circumstances, for example if you are experiencing serious mental health issues, or you are long-term unemployed.

While a debt written off means you are no longer responsible for its repayment, the debt doesn’t simply disappear. It will be listed on your credit file as paid or partially paid – partially paid debts may impact on your credit score, making it more difficult for you to get credit in the future.

We have a wide range of debt management solutions that could help you write off up to 81% of your debts.

How can you write off a debt?

Any creditors’ ultimate goal is to get their money back, whether in part or in full. If a creditor determines you are unlikely to pay back what you owe, or simply can’t afford to, they may decide it’s better for them in the long term to cut their losses and wipe some or all of your outstanding debts.

Creditors may agree to write off your debt if:

For creditors to write off your debt, the evidence provided would need to be unequivocal. Your creditors would need medical proof of your mental health issues, for example, before they would factor that into your agreement and consider a debt write off.

How long before a debt is written off?

There is no standard timeframe for having your debts written off. It will depend on several factors, including your debt level, income and expenditure, whether and how you choose to repay the debt, and the likelihood of you being able to pay the money back in a reasonable amount of time.

There are formal, legally binding debt solutions that will offer a debt write off after a certain amount of time. If you have entered into an Individual Voluntary Arrangement, for example, creditors may agree to write off any debt not covered by your monthly payments when you reach the end of your payment plan.

When does a debt get written off in Scotland?

Because Scotland has its own legal system, debt forgiveness works differently in Scotland than in England, Wales, and Northern Ireland.

Like in the rest of the UK, legally binding debt solutions may allow people to write off debt at the end of the agreement if a regular monthly payment (or the introduction of a lump sum) isn’t enough to cover the cost of all the unsecured debts included.

There are no ‘statute barred’ debts in Scotland, however. The Scottish equivalent is known as ‘prescribed debts’. It takes five rather than six years for common debts like credit cards to become prescribed in Scotland, so long as the people involved have taken no action to pay, or collect, the money owed.

Do I qualify for a debt write off?

The best way of having debts written off is to prove to creditors that you are not able to pay them. Below are particular situations where, as long as you can provide evidence, a creditor may be more inclined to offer you debt forgiveness.

If you’re a pensioner

If you are a pensioner, or are nearing the age where you qualify for an old age pension, you are more likely to be released from an existing credit agreement or outstanding debt, as long as you can demonstrate to creditors that you are on limited income with little prospect of earning more.

If you are long-term unemployed and have good reason to be, creditors may agree to write off your debts. People on unemployment benefits can demonstrate that their income and expenditure don’t allow them to divert enough money towards their debts, which will be taken into consideration by creditors.

If you have physical or mental health issues

If you have a long-term or terminal illness which makes it unlikely your debt will be recovered, a creditor may agree to write it off. Similarly, if you have a serious mental health issue, you could ask for a write off, especially if you’re in the situation where your condition prevents you from working.

Which is the best debt solution to write off debt?

A Debt Relief Order is a formal debt solution for people with debts less than £20,000 who have low income and assets, and therefore are in the situation where they have very little prospect of paying back the money they owe.

A DRO freezes a person’s debts for 12 months, allowing them time and space to improve their financial situation. If your situation doesn’t improve after 12 months of the DRO kicking in, creditors will agree to write your debt off.

Only available in England, Wales, and Northern Ireland, the Scottish equivalent of a DRO is a Minimal Asset Process (MAP).

A Trust Deed is the most popular debt solution in Scotland. One of the reasons it’s used by so many people is that there’s a write off built into the agreement.

A Trust Deed allows people to enter into a binding agreement with their creditors where all their debts will be transformed into one monthly payment. At the end of the Trust Deed term – usually four years – any unpaid money will be written off by creditors, allowing you to make a fresh start.

Similar to a Trust Deed, an Individual Voluntary Arrangement (IVA) is a debt repayment option available in England, Wales, and Northern Ireland, which will help you repay unsecured debts, like credit card debt, through a series of monthly payments.

An IVA usually lasts five years, at the end of which, all debts outstanding debts are written off by creditors. You will be free from the debts included in the agreement, but using an IVA may harm your credit score, and will be listed on your credit report for a period of six years.

What happens once I’ve received a debt write off?

Any debts that are forgiven in full are considered settled. You will no longer be considered responsible for payment, and the company or creditor involved will be unable to pursue you. Although the debt will be included on your credit report, it will be marked as paid so shouldn’t impact your credit rating.

In a situation where a creditor has agreed to partially write off your debt, you will still be expected to pay the outstanding balance, either through a smaller monthly payment or using a lump sum.

A partial debt write off will be marked on your credit file as partially settled, which may temporarily impact your credit score and make it more difficult for you to get credit in the future. The debt will only be listed on your credit history for six years, however, after which you will be able to make a fresh start.

What if I need more information on how to have debts written off?

If you are in a situation where you are struggling with debt, you have no way of repaying, and you’re worried about it impacting your credit score and future finances, you should seek money advice immediately.

IVA Plan are debt specialists. We help people deal with all kinds of debts, and can even explore ways you may be able to secure a debt write off. To talk to an expert debt adviser, contact us today.